Macau is the Las Vegas of Asia. Not only will you find many branches of the same popular hotels and resorts from the City of Sins here, but Macau offers the same – if not actually better and bigger - shows, hotels and gambling options. Here are the best casinos in Macau:

1. Wynn Macau
Like most Macau hotels that have their main branches in Vegas, the Wynn Macau looks pretty much like copy-and-paste of its US version. Let’s talk numbers: the complex features 600 rooms, over 500 table games in addition to 375 slot machines, a retail area, two spas, a fitness centre, convention facilities and eleven dining outlets. The rooms are divided into two towers namely Wynn Tower and Encore Tower. All rooms feature high-end facilities and gorgeous views over Macau.
http://www.wynnmacau.com/en/ 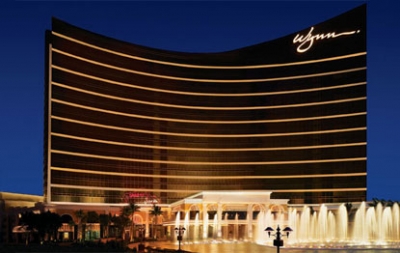 3. Grand Lisboa
The Grand Lisboa Macau is an iconic 261m tall glass tower located right in the centre of Macau with a distinctive design that can be spotted from far away. The casino boasts 430 rooms and suites spread over 52 floors in addition to over 800 gaming tables and 1000 slot machines. Furthermore its home to one of the world’s most exclusive restaurant, the Robuchon a Galera which was awarded with three stars by Michelin. The lavish rooms are equipped with absolute luxurious amenities such as Turkish steam baths, Jacuzzi, king size beds and much more.
http://www.grandlisboa.com/

4. Sands Cotai Central
Above you learned that the Venetian is the world’s seventh largest building by area, here you have number eight: the Sands Cotai Central. Well, truth to be told, the complex is home to four hotels: the Conrad Macao, Holiday Inn Macao (which is by the way the world’s largest Holiday Inn), Sheraton Grand Macao as well the St. Regis Macao, totalling together over 6000 rooms. The spectacular complex opened in 2012 and is located right on Macau’s famous Cotai Strip: it features in addition to the hotels dozens of food and beverage outlets as well convention and exhibition facilities and an insane gaming space of almost 10.000 m².
http://www.sandscotaicentral.com/

5. MGM Macau
Although the exterior of the MGM Macau is by far not as recognizable as its sister in Las Vegas, it’s still one of the SAR’s forefront casinos. It features over 600 luxurious rooms on 35 floors, over a dozen dining options, a 1200 seat theatre, over 1200 slot machines and more than 420 gaming tables. The sophisticated rooms come with oversized bathrooms, 46’’ TVs, free access to the gym and swimming pools as well as magnificent vistas over the city.
https://www.mgmmacau.com/